Phrasing of the Common Phrase - John C. Wunsch, P.C.
May 9, 2016 - Posted by: Wunsch - In category: The Wunsch Law Blog, Uncategorised - No responses

Because they’re apt and come readily to mind, common phrases tend to be overused. We speak them naturally, instinctively, without first thinking. Consider two sets of phrases: “Don’t you dare” in relation to “Don’t you carry out that forbidden act.” And “Don’t you care” in relation to “Don’t you have an interest in my safety and well-being.” While the two sets of phrases mean essentially the same thing, in normal speech the shorter version will almost always be used. There are good reasons why this is so. First, ease of pronunciation—the shor 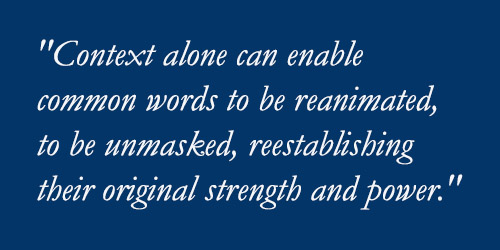 ter version conveys in the briefest, simplest way the complete thought sought to be expressed. In addition, the way the short phrasing matches, and is in alignment with, the meaning sought to be conveyed creates at once the most emphatic way of communicating the intended idea.

But how can such common terms be used in a manner that avoids cliché ? Because they come so readily to mind, phrases such as these tend to be overused. And when something is overused, it loses its power. So the question becomes–how can the original power of commonly used phrases be restored? The answer is phrasing. Phrasing, in music, refers to the manner in which a musical phrase is rendered or interpreted. Professional musicians play the same notes as others, but their work stands out because each note is individually shaped and contoured. Melody, they recognize, is not a rote series of isolated notes, but a merging, a synthesis, with each note building on what’s come before and setting up what’s to come after.

“The dead level of monotony which we notice in the performance of some violinists is, in the main, due to a lack of proper phrasing. They seem content to play the notes as they are written, and apparently do not realize that a melody is something more than a long string of tones to be sounded in succession…The melody is not a projection of successive notes; it is carefully and consistently built up of melodic-units, each of them independent, yet all dependent on each other, and calling for various degrees of rhythmic and emotional accentuation.” Leopold Auer, Violin Playing as I Teach It (1921).

So too in recreating the power of commonly used word phrases. There are many variations and subtleties in any word phrase and the task is to identify and express the precise gradation of meaning appropriate to a given context. “Just as a fine actor projects the meaning of the sentences of the playwright with various pitch contours, so does the string player project the meaning of the musical phrases of the composer.” Pamela Goldsmith, Playing Musically, (Strings Magazine, Nov. 1994). Even if the words selected are commonly used, they can take on extraordinary meaning if the phrasing utilized is unique and specially felt.  It’s all about context and specificity, layering and texturing, so that the words, though commonly used, feel as if they have been uttered for the first time.

Particularly in the legal context, phrasing allows for a wide variety of individual styling. Context alone can enable common words to be reanimated, to be unmasked, reestablishing their original strength and power. Perhaps the best practice is never to assume a phrase stands for only what it’s most commonly understood to mean, but to look for ways to make each phrase stand out, thus revitalizing each with its own unique significance and force. Most books on style caution against the use of commonly used expressions—and there’s definitely some truth to that—but there are times when a widely recognized shorthand needs to be employed. Use of these common terms will not be perceived as cliché if the phrasing suggests that—just this once—the words used are recognized as the best, indeed the only, way of telling.