Matter, we are told, has three primary states—solid, liquid, and gas. Today of course scientists recognize many more states of matter, including plasma as well as the more recently discovered states of matter such as superfluid, quantum spin liquid, string-net liquid, and many others. However, the basic framework into which the facts of a contested case tend to fall do seem to fit generally within the classical tripartite framework. 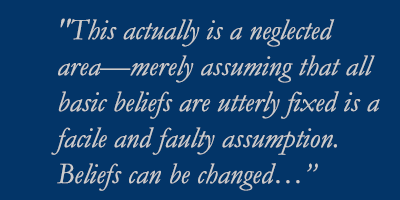 Solid. These are the hard facts of everyday life that everyone accepts. They’re so widely recognized they can never be contradicted—things so universally trusted and acknowledged that no one would ever seek to challenge their validity. That there are twelve inches in a foot, or thirty-two ounces in a quart, are true by definition. So too that there are twenty-four hours in a day, or that 212° F is the boiling point of water, would also be facts not capable of being credibly challenged.

Liquid. These are contested facts of a typical case, subject to conflicting testimony, differing viewpoints, and opposing witnesses. This is where the battles are typically fought, in that vast region—fluid and mercurial, volatile and fluctuating—of contrasting statements and beliefs between witnesses who simply do not, and cannot, agree. Most attention, for obvious reasons, is directed to this area. It’s where the complex dynamics of argument and persuasion take their most visible turn.

Gas. These are invisible facts, that diaphanous mist of unstated suppositions, attitudes, and beliefs that surround a case like air in the atmosphere, but are never expressly stated. Call it a basic belief-system or world view or outlook on life—it’s the framework by which a person judges and evaluates the world. It’s how they make sense of the facts as presented to them.

During an actual case little attention is paid to the solids and gases—it’s simply assumed that these are fixed values and thus incapable of ever being affected by any form of evidence or argument. But in some, perhaps many, instances liquid can in fact exert some degree of influence on gas. Basic beliefs can be heavily influenced, if not altered, depending on how systematically and thoroughly one endeavors to change them.

This actually is a neglected area—merely assuming that all basic beliefs are utterly fixed is a facile and faulty assumption. Beliefs can be changed and people can be made to see a point of view different than their own. Indeed, the most optimal presentation of evidence seeks to create a pathway to allow this transition to be made with ease.

Solid, liquid, and gas—the basic framework into which the facts of a contested case tend to fall—actually can be seen as a single integrated whole—and that too provides a greater degree of latitude and flexibility than is customarily recognized.